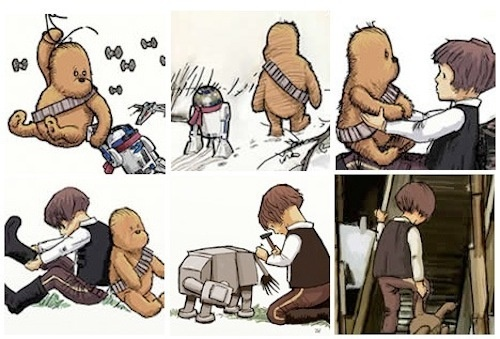 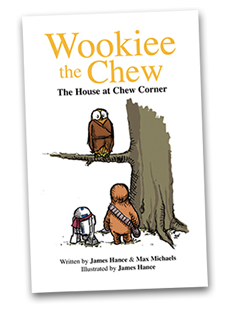 James Hance is the relentlessly cheerful painter that mashed up Star Wars and Winnie the Pooh and came up with illustrations that are not only amazing but that take you back to those younger years.

Head on over to jameshance.com to see all his works and even his first book that he just released, 'Wookiee The Chew - The House at Chew Corner'.

It’s a tribute to the combine genius of George Lucas, A.A.Milne and E.H.Sheppard.

'Wookiee The Chew', in the style of the original Pooh books tells the adorkable tale of the little biped that belonged to Chrisolo Robin (and Chrisolo Robin belonged to him). 24 pages of affectionately crafted adventure, brand new illustrations and sneaky Star Wars references. 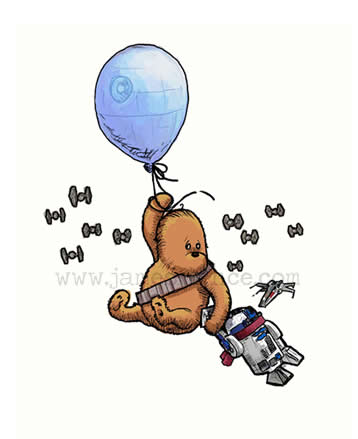