World of Goo for whatever price you want to pay

World of Goo is a physics based puzzle/construction game that is fairly addicting and just a brilliant game. Check out the video or download the demo to get an idea what it’s all about.

The game is normally $20 but 2D Boy, the developers of World of Goo, is celebrating World of Goo’s one year with a deal you can’t pass up. From now and until October 19th you can get World of Goo for Windows, Mac or Linux at whatever price you want to pay. Yep whatever price, even one red cent if you’re that cheap (you all know me, LOL).

There is a version you can download on the Wii, not sure of the cost and they should have a port out soon for the iPhone and iPod Touch so be watching for that if you’re interested.

UPDATE: Their servers are getting hammered at the moment from the huge response to this deal so if you can’t get to there site, try again later tonight or another day. 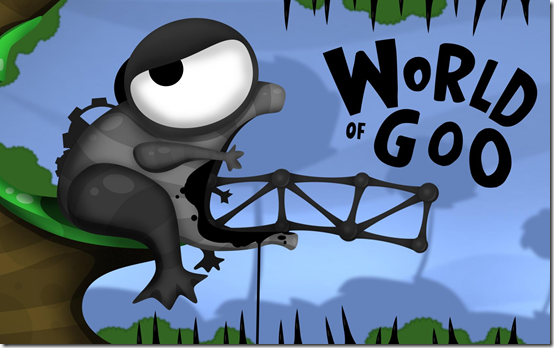