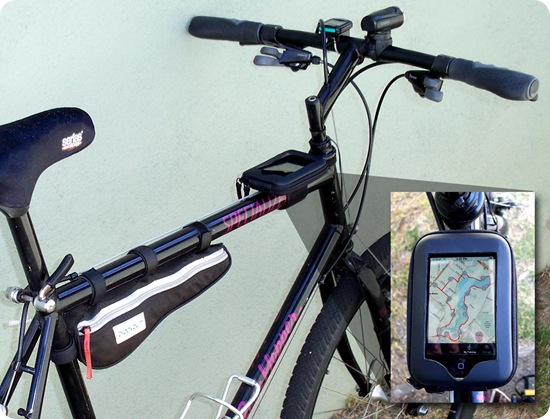 I've been biking quite a bit lately, two to three times a week. I was using Google maps to map my rides until I found MapMyRide.com (they use Google maps as well but with a whole lot more). At first I was mapping my routes out by hand, it was a little tedious, that is until I recently got an iPhone. Guess what?  They have an app for that. No more mapping routes by hand. The GPS in the iPhone tracks every movement I make and the Free iMapMyRide app takes care of the rest. 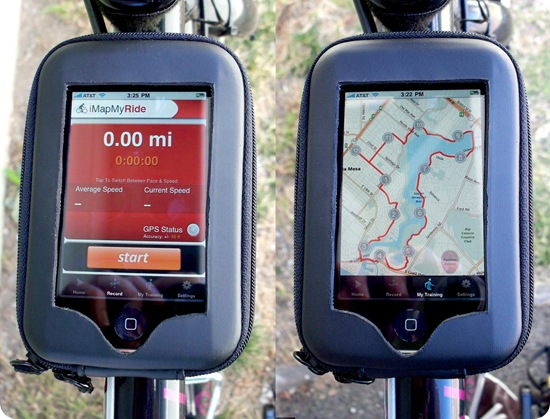 The next thing was to mount my iPhone to my bike somehow. At first I was using an arm band but I couldn’t see it while riding and it was difficult to work the app while on my arm.

I searched and found a few mounts that were made for this but they were a little pricey and the worst part was they looked like any bump would have the iPhone sailing right out of the mount, so I came up with the iPhone case mod you see here.

To make it, I found a multi use case (Lowepro Volta 20) and cut a hole in the top to view and have access to the touch screen and the home button (see pic below). 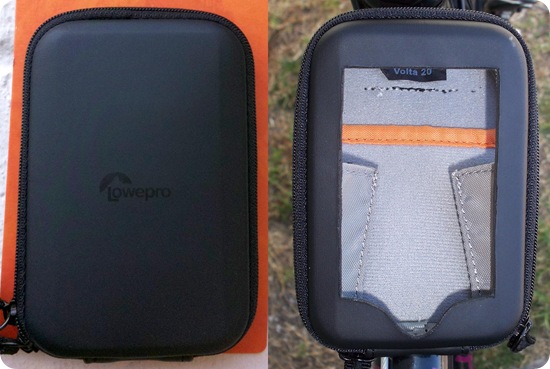 Then I got the shoe guy down the street to punch a hole for me where the wired headphones plug in. It’s not the cleanest job, but works for now, I eventually want to get a Bluetooth wireless headset. 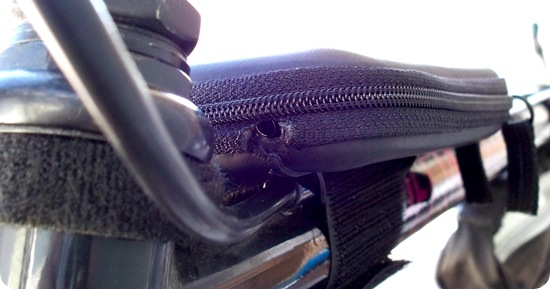 Then I had the shoe guy sew onto the front of the case a Velcro tab to secure it around the goose neck of my bike, then he made a Velcro belt for the belt loop on the bottom of the case to fasten to the top bar of my bike. 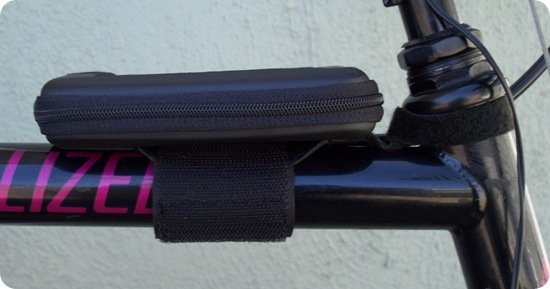